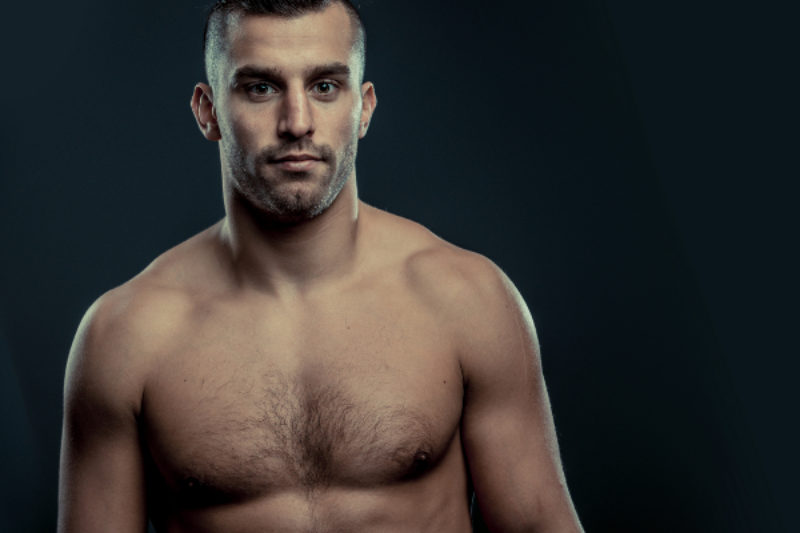 Verona, NY – David Lemieux stopped Curtis Stevens with a devastating left in the third round of their scheduled 12-round middleweight fight, which was the main event of a great card from the Turning Stone Resort & Casino, broadcast on HBO.

The fireworks between Lemieux and Stevens started when the bell rang to start the first round. Both fighters landed hard shots on each other. Stevens seemed to have the tighter defense during the first and second rounds and looked like he was banking on taking Lemieux into the later rounds.

David Lemieux had other plans. Although he let his hands go freely during the first and most of the second, he began the third choosing his shots more carefully. Lemieux positioned Stevens against the ropes, threw a right hand, which Stevens tried to counter but David’s crushing left hook got to its target first, sending Curtis crumbling to the canvas, out cold. Referee Charlie Fitch waved it off immediately as Stevens lay motionless.

Curtis Stevens regained consciousness as he was removed from the ring on a stretcher.

In the co-main event, Yuriorkis Gamboa won a ten-round unanimous decision over Rene Alvarado in a less than action-packed fight. Gamboa showed glimpses of excitement in the ring, letting his hands go, but for the most part, he fought a cautious fight against an opponent he should have had his foot firmly on the gas pedal.

Alvarado caught Yuriorkis with a shot that put him down in the final round, but it was a flash-knock-down and did not seem to be hurt Gamboa at all. In the end, two of the three judges scored the fight 97-92 and the third saw it 97-93 giving Gamboa the win. Yuriorkis Gamboa improves to 26-1 (17 KOs) and Rene Alvarado drops to 24-8 (16 KOs).

In undercard action:
Yves Ulysse won via a TKO when Zachary Ochoa’s corner stopped the fight at the end of the 7th round of their Super Lightweight contest. Ulysse improves to 13-0 (9 KOs) and Zachary Ochoa loses for the first time, dropping to 10-1 (7 KOs). Keep an eye on Yves Ulysse.

Diego De La Hoya won an eight-round decision over Roberto Pucheta to improve to 17-0 (9 KOs) in a Jr. Featherweight match-up. De La Hoya needs to step up his competetion, but then again, it looks like his team are well aware of his short-comings. In my opinion, a fighter at 16 or 17 and 0 should have taken care of Pucheta prior to the final bell.  De La Hoya has a long way to go.

Alex Rincon made his pro debut a successful one by stopping Shaun Lee Henson with a body shot at 52 seconds of the second round in their middleweight fight. Rincon is now 1-0 (1 KO) and Henson drops to 3-3 (2 KOs).

Todd Unthank-May and Quinton Rankin fought to a split DRAW decision in their light-heavyweight contest. Unthank-May is now 10-0-1 (4 KOs) and Rankin 12-3-2 (9 KOs).

Another great night of boxing at the Turning Stone.